Cook County’s top judge says it would violate the law if judges were to honor Mayor Lori Lightfoot’s recent plea to jail most “violent, dangerous offenders” instead of placing them on electronic monitoring devices while they await trial.

Facing a year-end murder count that was the highest in decades, Lightfoot, two weeks ago, called for the courts to place a “moratorium” on electronic monitoring for most of those charged with weapons violations or violent crimes. The mayor then followed up with a formal request to Chief Judge Tim Evans in a letter dated Dec. 29.

“I must continue to sound the alarm about the growing number of pre-trial offenders released back to the communities in Chicago on electronic monitoring,” the mayor wrote. “The ballooning number of violent and dangerous people on EM is one of those drivers as they impact the communities to which the return in multiple, harmful ways.”

In a statement Tuesday, Evans said that under the U.S. and state constitutions, Lightfoot’s request to end electronic monitoring for some defendants treated them as if they were “considered guilty until proven innocent.” 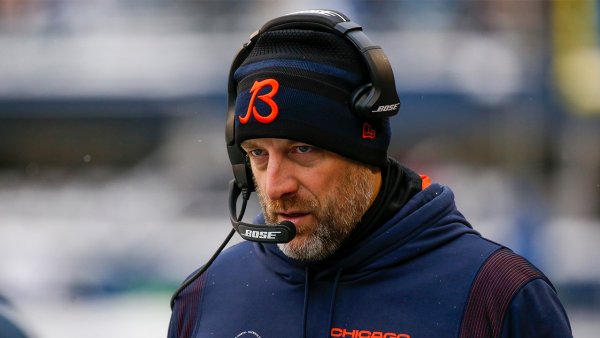 “A judge cannot hold someone pretrial without a finding that the defendant poses a real and present threat to the physical safety of any person. This must be found by clear and convincing evidence and the burden of proof is on the prosecution,” Evans wrote. “The mayor’s proposal seems to require that defendants facing certain allegations be considered guilty until proven innocent.”

The use of electronic monitoring devices has increased dramatically since 2017, when Evans reshuffled the roster of judges handling bond hearings and issued a mandate that prioritized limiting the number of inmates awaiting trial at Cook County Jail by assigning affordable bail amounts and increasing recognizance bonds and electronic monitoring.

The use of “EM” increased further in the spring of 2020, as prosecutors and judges worked to reduce the number of inmates in jail amid the rampant spread of COVID-19.

When arrestees are placed on EM, they mostly have to stay at home and are outfitted with a tracking device that alerts the sheriff’s office if they go somewhere they are prohibited from going. The Pre-Trial Services Division, an agency under Evans’ jurisdiction, also operates an electronic monitoring program.

Lightfoot’s letter notes that of the 3,400 people currently on electronic monitoring, 2,300 face charges for a “crime of violence,” including 90 murder suspects. The letter also lists defendants on EM for other crimes, including carjacking and possession of a weapon by a felon.

Chicago police records show that 130 people were arrested while they were on electronic monitoring for a “violent offense,” Lightfoot said. Evans noted the 130 figure would amount to less than 1% of all cases that include a charge for a violent or weapons-related offense.

More than 80% of defendants were not arrested for new charges while on bond, and only 3% picked up a new arrest for a violent offense, according to a 2020 report by Loyola University researchers.

Cook County Public Defender Sharone Mitchell also noted that the vast majority of defendants who are released on EM are not arrested again and show up for all their pre-trial hearings.

“The mayor has proposed detaining people based on accusations. That is unconstitutional. We must have a hearing to examine whether a person should be held,” Mitchell said in a statement. “The notion that folks are innocent until proven guilty is not a dusty legal precedent. This fundamental right exists because our system gets it wrong all the time. Being arrested for something does not mean someone is guilty.”