“Die Fledermaus,” the popular operetta by waltz king Johann Strauss II, has been given a makeover. Gulfshore Opera will premiere a new concept and libretto set in the Golden Age of 1930s Hollywood, conceived by innovative director and librettist Josh Shaw of Pacific Opera Project.

The production will use movie magic, sound stages, chorus girls and matinee idols to take this fun and familiar musical comedy to new heights.

The Hollywood matinee idol (Eisenstein) will be portrayed by baritone Kyle Pfortmiller, who has employed his unique talent in opera, operetta and musical theater from the contemporary to the classic, and has appeared with opera companies throughout the United States. These include the Metropolitan Opera, New York City Opera, Michigan Opera Theatre, Florida Grand Opera and many others.

Mr. Pfortmiller will be joined by soprano Susan Hellman Spatafora as Rosalinde, the neglected diva wife. In her recent portrayal of the role with Opera Orlando, the Orlando Sentinel noted that she “sparkled” and let Rosalinde’s intelligence shine through. The Russian playboy, Prince Orlovsky, will be performed by countertenor Logan Tanner, who has been praised for his “striking musicality, clarity, and strong coloratura.” The lovesick Alfred will be portrayed by tenor Derrek Stark, who has been hailed by Opera News for his “handsome sound” and described as a “standout” by The Wall Street Journal. The sparkling ingénue Adele will be performed by Nadia Marshall, soprano, a former resident of Naples who was last seen in Gulfshore Opera’s “World of Webber” tour this past season. 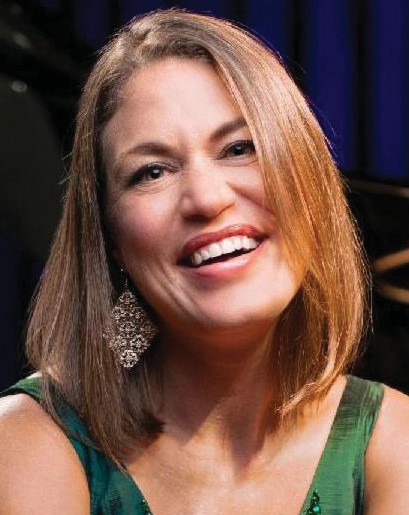 This musical comedy will tour in all three counties Feb. 24-27. The opening night performance will be Thursday, Feb. 24, at Charlotte Performing Arts Center, where GO has opened many formal productions. All tickets to this special one-night showing include an after-party with the stars of “The Bat’s Revenge.” Patrons are invited to dress as their favorite movie star of the 1930s while enjoying wine, refreshments and hors d’oeuvres. 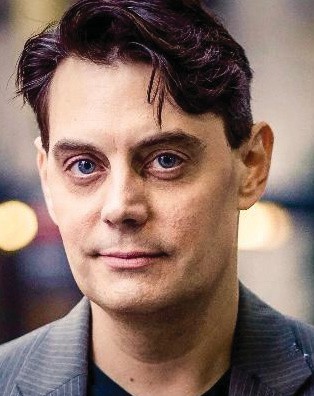 Named as one of Musical America’s Top 30 Innovators in Classical Music, Josh Shaw is the founding artistic director of Pacific Opera Project, which has been described as “L.A.’s most exciting new opera company.” Since 2011, he has directed and designed more than 35 productions at POP — and at more than 40 at other companies.

Mr. Shaw’s reimagining of “Die Entführung aus dem Serail” as an episode of Star Trek has gained national attention and has been produced by eight companies, selling out houses with record-breaking numbers. Recently both his ’90s video game setting of “The Magic Flute” and his groundbreaking production of “Madama Butterfly” (sung in Japanese and English) were named semifinalist for the American Prize.

Mr. Shaw has directed hit productions at New Orleans Opera, Opera Santa Barbara, Opera in the Heights, Opera Orlando and Salt Marsh Opera. His “Barber of Seville” at Opera Santa Barbara was described as “riotously funny” and “thoroughly amusing from overture to final bow.” His work as a director has been described as “brave and unflinching,” “ingenious,” “relentlessly and adorably rambunctious,” “with enough good comic ideas for at least three productions.” As a producer, he has been praised for his “supreme savvy” and “high level of production quality” with “the power to enthrall and captivate audiences.” 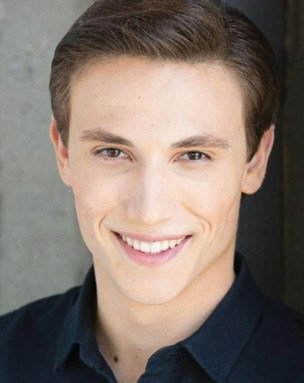 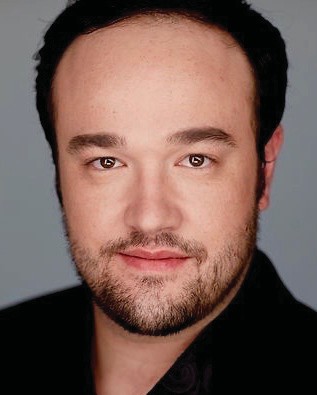 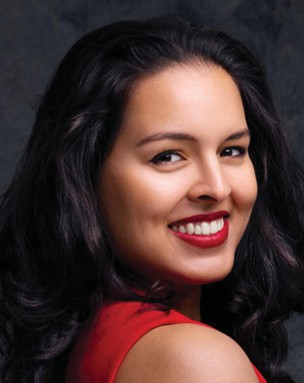 Kyle Pfortmiller, baritone, made his Metropolitan Opera debut as the Marquis d’Obigny in a new production of “La traviata” directed by Willy Decker during the 2010-2011 season. He was heard later in the season in “Capriccio.” Also during the 2010-2011 season, he made his Gotham Chamber Opera debut in performances of Xavier Montsalvatge’s “El gato con botas” at the New Victory Theater in New York. Some other of his most recent roles include Eisenstein in “Die Fledermaus” with Opera Saratoga (formerly know as Lake George Opera Festival) and his house debut with Chautauqua Opera as Papageno in “The Magic Flute.” His upcoming performances include Papageno with Opera Carolina and Florida Grand Opera, and a whirlwind summer with Utah Festival Opera and Music Theater in which he will perform the roles of Valentin (“Faust”), Fred/Petruchio (“Kiss Me Kate”) and Henry Higgins (“My Fair Lady”). 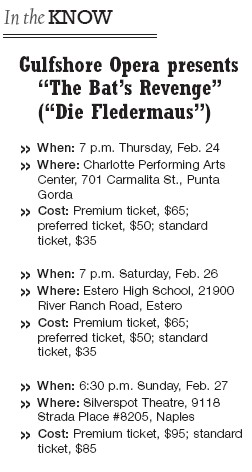 Mr. Pfortmiller has appeared with opera companies throughout the United States, including the Metropolitan Opera, New York City Opera, Michigan Opera Theatre, Florida Grand Opera, Tulsa Opera, Sarasota Opera, Opera Idaho, Forth Worth Opera and Lake George Opera Festival, among many others. He was born in Elgin, Illinois, and currently resides in New York City. He has employed his unique talent in opera, operetta and musical theatre from the contemporary to the classic.

His repertoire includes the title roles in “Don Giovanni” and “Il barbiere di Siviglia,” as well Valentin (“Faust”), Eisenstein (“Die Fledermaus”), Count Almavia (“Le nozze di Figaro”), Silvio (“Pagliacci”), Count Carl Magnus Malcolm (“A Little Night Music”), Billy Bigelow (“Carousel”), Pierre/Red Shadow (“The Desert Song”), and Hajj the Poet (“Kismet”). Mr. Pfortmiller made his European debut with the De Nederlandse Opera as Silvio in “Pagliacci” in March 2006 to critical acclaim, heralded as “a voice that could give us a father Germont and other lyric roles in the great American baritone tradition of Robert Merrill.”

Praised for his “striking musicality, clarity, and strong coloratura” (Opera Canada), countertenor Logan Tanner has performed on operatic stages throughout the United States and abroad. He recently performed the role of Ruggiero in Handel’s “Alcina” at the Hawaii Performing Arts Festival, and “commanded the role of Oberon charmingly” (Opera Canada) in Britten’s “A Midsummer Night’s Dream” with the Halifax Opera Festival. In the 2021-2022 season, he will make company debuts with Opera Santa Barbara in the role of Athamas in Handel’s “Semele,” Gulfshore Opera as Prince Orlofsky in J. Strauss’s “Die Fledermaus” and Opera San José as the Spirit in Purcell’s “Dido and Aeneas.”

Mr. Tanner has been a Stern Fellow at SongFest, and a Vocal Fellow at The Music Academy of the West, where he worked with famed mezzo-soprano Marilyn Horne. He has been engaged as soloist with the Memphis Symphony Orchestra, Austin Symphony Orchestra, Orchestra Europa, North Carolina Baroque Orchestra, the Axelrod Performing Arts Center, New York Repertory Orchestra, the Philharmonic of Southern New Jersey, Choralis, Chorus Austin, New York Chamber Choir, the Henry Purcell Society of Boston, La Fiocco, the Arcadia Players, Monmouth Civic Chorus, the Westchester Oratorio Society and the Sparkill Concert Series.

Hailed by Opera News for his “handsome sound,” and described as a “standout” by The Wall Street Journal, tenor Derrek Stark is quickly establishing a reputation as an elegant performer. In 2020 he reprised the role of Rodolfo in “La bohème” with the Imperial Symphony Orchestra, made a role debut as Percy in Baltimore Concert Opera’s “Anna Bolena” — and was slated to reprise the role of Alfredo in “La traviata” with Inland Northwest Opera and to make his debut as the tenor soloist in Beethoven’s “9th Symphony” with the Kansas City Symphony Orchestra, but those productions were canceled due to COVID-19.

In 2021, he looks forward to reprising the title role in “Idomeneo” with Opera Fuoco. In 2019, Mr. Stark made his international debut with Opernhaus Zürich as the Italian Tenor in “Der Rosenkavalier” and returned to Palm Beach Opera as Alfredo in “La traviata.” Past role credits include Giasone in “Medea in Corinto,” The Governor in “Candide,” Tamino in “Die Zauberflöte,” Arturo in “La straniera,” Rinuccio in “Gianni Schicchi” and Fenton in “Falstaff.”

The shimmering soprano voice of Nadia Marshall, along with her vibrant stage presence, makes her a dazzling choice for lyric coloratura roles. She is scheduled for her role debut as Adele in “Die Fledermaus (The Bat’s Revenge)” with Gulfshore Opera. She has delighted audiences as The Ghost of Christmas Past with BARN Opera for their holiday special American premiere of Andrew Ager’s “A Christmas Carol,” the title role in “Amahl and the Night Visitors” with Music On Site, Lauretta (cover) in “Gianni Schicchi” with IVAI, Suor Genovieffa (cover) in “Suor Angelica” with Vienna Summer Music Festival, Zerlina in “Don Giovanni” in Vienna Summer Music Festival, La Princesse and La Rossignol in “L’enfant et les sortilèges” with Hawaii Performing Arts Festival, Laetitia in “The Old Maid and the Thief” with Chicago Summer Opera, Paquette in “Candide” with Ohio State University’s Opera & Lyric Theatre, and Valetto in “L’incoranazione di Poppea” with Florida State University Opera.

On the concert stage, Ms. Marshall has been the soprano soloist in Mozart’s “Laudate Dominum” (canceled due to COVID-19), Haydn’s “Lord Nelson Mass,” Haydn’s “Harmoniemesse,” Handel’s “The Messiah” with Trinity Seminary at Capital University and as The Angel in “Lauda per la Natività” with Gulfshore Opera. She has also performed Villa-Lobos’ “Bachianas Brasilieras no. 5” aria for the 50th anniversary concert for The Music Federation of Greater Naples in 2020, and is currently recording works by composer Andrew Seligson.

A regional opera company serving three counties, Gulfshore Opera presents the highest quality of opera theater and vocal music performances while maximizing accessibility for diverse audiences of all ages. Gulfshore Opera was founded with core values of a community based creative collaboration. The company also promotes community well being through musical education programs. Its mission is to make opera accessible to the general public by maintaining affordable ticket prices, and a wide range of performance experiences suitable for diverse audiences. ¦