The floodgates have opened up for new “assault weapon” and magazine ban legal challenges.

The litigation arm of the Colorado-based National Association for Gun Rights (NAGR) filed five separate lawsuits in multiple federal district courts on Wednesday. The suits all take aim at ‘assault weapon’ bans and ammunition magazine size limits passed at both the state and local levels spanning the country from Hawaii to Massachusetts.

“With the decision handed down in Bruen, laws like these will now need to find their justification in the history, text, and tradition of the Second Amendment,” the group noted on its website. “These laws and ordinances ban firearms that are in common use throughout the United States in violation of the rule set forth in Heller.”

The wave of new suits arrives at a time when gun-rights supporters are looking to stymie the resurgence of political will behind the measures. Public support for the bans ticked up in a recent poll after declining in other post-Uvalde surveys, and the House of Representatives was able to pass the first federal ban in nearly three decades. At the same time, other court battles have called into question the long-term viability of assault weapon bans, which ban popular guns such as the AR-15, following the Supreme Court’s decision in New York State Rifle & Pistol Association v. Bruen.

In the aftermath of that decision, the Court ordered the Fourth Circuit Court of Appeals to reconsider a decision that upheld Maryland’s ban. States like California have struggled to mount a cogent legal defense of their “assault weapon” ban using the required Bruen test. NAGR’s Colorado state affiliate has also been successful in getting temporary restraining orders against two separate local “assault weapon” bans over the last two months.

The latest lawsuits take aim at statewide AR bans in Massachusetts and Connecticut, a similar ban in the state of Hawaii on “assault pistols” and magazines holding more than ten rounds, and two local “assault weapon” bans in the Illinois towns of Naperville and Highland Park. By casting such a wide geographical net, the group intends to set precedents in multiple federal court circuits to have the widest effect possible. The group hopes that the effort will eventually lead to a nationwide rollback of such bans.

“On September 7, 2022, the National Foundation for Gun Rights filed five new lawsuits in four federal court circuits to eliminate unconstitutional magazine and gun bans everywhere!” the group said. “Combined with our lawsuits in Colorado these represent nearly half of the country. This nationwide legal blitz aims to take out every single ban on semi-automatic weapons and standard capacity magazines for good.”

The group asked for an injunction against each of the respective bans.

The Reload reached out to each of the named defendants in the latest NAGR suits for comment but has not received any.

Get the most important gun news 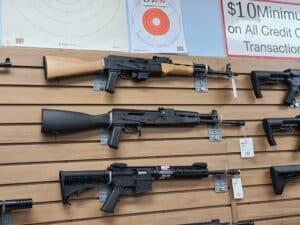 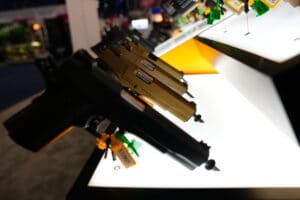 Jake Fogleman is a contributing writer for The Reload. He is a recent graduate of Metropolitan State University of Denver where he studied political science and economics. He previously interned with the Second Amendment Policy Center at the Independence Institute, a Denver-based think tank. His writing has appeared in Complete Colorado.