Monday marks one week from the date Illinois’s governor said he aims to lift a statewide mask mandate, but what about Chicago?

Here’s what you need to know about the coronavirus pandemic across Illinois today:

When Will Chicago End Vaccine Card Requirement? Here’s What We Know

As Illinois aims to lift its mask mandate by Feb. 28, Chicago city officials assert the city’s proof-of-vaccination and mask requirements could end soon, but have stopped short of providing a specific date.

Chicago Department of Public Health Commissioner Dr. Allison Arwady explained she is relying on a set of metrics to determine when restrictions can be lifted, and three out of four key metrics must be met to move forward with easing restrictions. 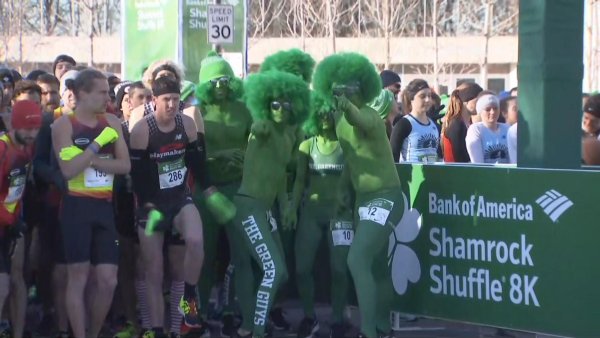 Organizers of Milwaukee’s Summerfest music celebration are planning to scale back COVID-19 precautions this year.

WTMJ-AM reported that festival organizers announced Wednesday that guests won’t need to wear masks, show proof of a negative COVID-19 test or show proof of vaccination to enter the grounds this year.

A Republican state lawmaker has filed a lawsuit against the Illinois house speaker over face mask requirements at the state Capitol.

State Rep. Blaine Wilhour of Beecher City sued in Bond County after he and eight other Republican legislators were recently barred from the House floor for refusing to wear masks in violation of House rules, according to The (Springfield) State Journal-Register. Most later participated remotely.

After being removed from the House floor last Thursday, Wilhour called it a “total lack of common sense.”

Even though an Illinois appellate court ruling dismissed Gov. J.B. Pritzker’s appeal for a mask mandate in schools, some health officials and school districts insist universal masking in the best approach to combat COVID-19.

In a statement Friday after the decision was announced, the Cook County Department of Public Health said it continues to strongly recommend universal masking in PreK-12 schools.

The school mask debate has consumed Chicago-area communities in recent weeks and it may be impacting your child’s mental health.

NBC 5 talked to parents on both sides of the mask debate who said their children have been anxious and confused by the reactions and decisions of people who may or not agree with them.

Clinical psychologist Dr. Colleen Cicchetti of Lurie Children’s Hospital said it is beneficial to start a conversation with your children over the issue of masks.

Here’s When Chicago Plans to Provide Update on Mask Mandate

As Illinois aims to lift its mask mandate by Feb. 28, a similar decision could be announced soon in Chicago, although the city is taking a different approach and not providing a specific timeline for such a move.

Last week, Chicago Mayor Lori Lightfoot said the city is “not there yet” when speaking on plans to eliminate mask requirements, but the city’s top doctor has since provided more insight on when changes may occur.

During a Facebook live question-and-answer session last Thursday, Arwady said she is “feeling optimistic,” and a formal announcement regarding changes to the mask requirement will be made this week.

Gov. J.B. Pritzker’s appeal of a lower court’s ruling against mask mandates in schools was rejected late Thursday night by an appellate court, which wrote the request is “moot” because the governor’s emergency COVID-19 rules already expired.

The highly-anticipated decision from the three-member panel of the Illinois Fourth District Appellate Court was published just before midnight Thursday.

Here’s what the decision means for Illinois’ schools.

Coronavirus in Illinois: 20,896 New Cases, 417 Deaths in Last Week as Cases and Deaths Continue to Drop

Illinois health officials reported 20,896 new COVID-19 cases over the past week, along with 417 additional deaths and over 140,000 new vaccine doses administered, marking a continued drop in cases and deaths.

See more of the data here.

The decision, published just before midnight Thursday, from the three-member panel of the Illinois Fourth District Appellate Court rejected Pritzker’s appeal of a lower court’s ruling against a mask mandate in the classroom, leaving the choice up to school systems to implement COVID-19 protocols.