by NewsReporter
in World

Rafael Nadal, one of two men tied with Novak Djokovic for most Grand Slam titles in history, told reporters on Thursday that Djokovic’s detention in a migrant center in Australia was the result of his decision to not receive a Chinese coronavirus vaccine and that “the world has suffered enough to not follow the rules.”

Djokovic flew to Melbourne on Wednesday after announcing through social media that he had received an unexplained exemption to participate in the Australian Open, one of the four most prestigious tournaments in professional tennis. The government of Australia has implemented a mandate that all foreigners enter the country be vaccinated against Chinese coronavirus unless they can prove, subject to a panel of medical experts, that they cannot be vaccinated for medical reasons.

Among the reasons Australian media have reported can be used to receive an exemption are an allergic reaction to the first dose of a shot, documented allergies to vaccine ingredients, or testing positive for Chinese coronavirus within six months of travel.

Djokovic – the reigning champion and winningest contender at the tournament with nine trophies to his name – had for months refused to reveal his vaccination status and had openly declared himself against vaccination in 2020, leaving many doubting if he would participate in the tournament. Upon arriving in Melbourne, following his announcement of receiving an exemption, authorities detained him and invalidated his visa. Reports indicate he is currently being held at a refugee facility notorious for inhumane conditions.

Should the government of Australia deport Djokovic or otherwise prevent him from playing in the Australia Open, it would open the tournament up and give Nadal one of his best chances in recent memory to best the two players’ mutual record of 20 Grand Slam trophies. 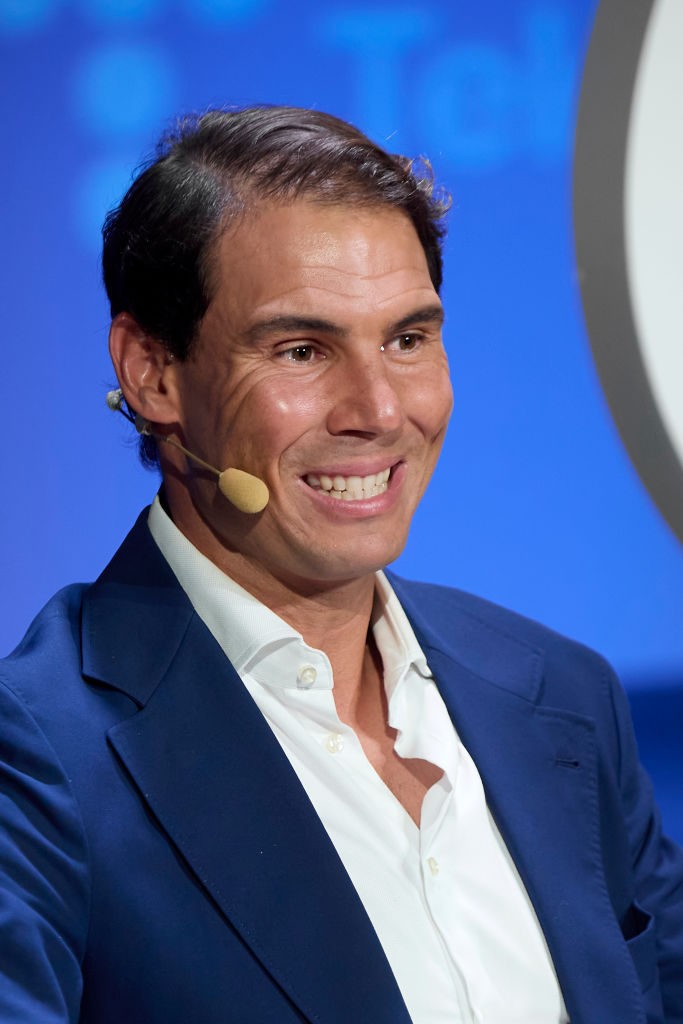 Rafa Nadal attends the inauguration of the ‘Enlighted Hybrid Edition’ at the Telefonica Foundation on October 19, 2021 in Madrid, Spain. (Carlos Alvarez/Getty Images)

“I don’t like what is happening, of course,” Nadal told reporters when asked about Djokovic’s situation, according to Spanish newspaper El País. “In a way, I feel sorry for him. But at the same time, he knew perfectly the conditions for many months. He made his own decision.”

“If you do that, if you get vaccinated, you can be here,” Nadal continued. “You can play in the Australian Open and wherever. The world has suffered enough to not follow the rules.”

Nadal emphasized that he was in no way advising Djokovic, instead stating that, for him, personally, the decision to get vaccinated was easy.

“We have all been through really tough times; many families have suffered a lot in the last two years of the pandemic. It is normal that people here in Australia are very frustrated with this case because they have faced a few very tough quarantines and there were a lot of people who haven’t been able to come home for a long time,” Nadal opined.

Here are Rafael Nadal’s full answers on the Novak Djokovic situation, which Nadal clearly thinks Djokovic created for himself.

Nadal has consistently backed the science of vaccines during the pandemic, so this is a pretty consistent line of answering for him. pic.twitter.com/K6Rsh7OVrr

Nadal’s comment on the situation follows the publication of a column this week in El País by his former longtime coach and uncle Toni Nadal urging Djokovic to clarify what exemption he had received; the column was published before border officials apprehended the tennis player in Melbourne.

Toni Nadal wrote that he had expected Djokovic to “drop out of the tournament or get vaccinated.”

“I think it would be good if the player himself gave some sort of explanation,” the elder Nadal wrote. “He does not have the obligation to reveal intimate facts, but he should be aware that [the issue] is of international concern at a moment of extremely grave global sanitary crisis and of great sensibility given the enormous pain that [Chinese coronavirus] is causing.”

Australian authorities did not allow Djokovic the ability to explain himself prior to his detention.

This is Djokovic at Melbourne Airport last night. I have spoken to the man who took this photo. He says Novak showed a bundle of papers to Border Force with Tennis Australia logos on it. It feels to me Djokovic legitimately felt like he had an exemption thanks to TA. @2GB873 pic.twitter.com/uOtSYyBOR7

Djokovic’s attorneys have appealed his deportation, which has resulted in authorities moving him into the Melbourne Park Hotel – a facility whose migrant inhabitants have long complained of deplorable conditions. The government will review his appeal on Monday, so it remains possible that the champion will play in Melbourne.

Father Srdjan Djokovic and coach Goran Ivanisevic were also in Melbourne, though the elder Djokovic resurfaced in Belgrade on Thursday. Srdjan Djokovic has essentially threatened guerrilla warfare against Australia if they do not release his son.

Fans of tennis star Novak Djokovic gathered outside the hotel he was staying at to show their support after he was denied entry into Australia amid protests over a decision to grant him exemption from COVID-19 vaccination to play in the Australian Open https://t.co/VFcMG5prdk pic.twitter.com/8p6WgiLW9g

President of Serbia Aleksandar Vucic issued a statement on Wednesday asserting that he had spoken to Novak Djokovic and “told our Novak that the whole of Serbia is with him and that our bodies are doing everything to see that the harassment of the world’s best tennis player is brought to an end immediately.”

“Serbia will fight for Novak, truth and justice. Novak is strong, as we all know,” Vucic said.

Reports indicate that Djokovic had his application for a medical exemption approved through Tennis Australia, the organization that runs the Australian Open. The federal government, apparently under pressure from prominent pro-vaccine Australians, then overturned the decision. It is not clear when that happened or if Djokovic had any way of knowing it would before landing in Melbourne.

Should the situation result in a Djokovic absence at the tournament, few have more to gain from the situation than Nadal. Nadal and Djokovic, a year apart in age, have currently one of the longest-running rivalries in the sport. Djokovic’s nine Australian Open wins were largely the reason Nadal has yet to surpass him or the third man with 20 Grand Slam victories, Roger Federer, in the total count. Federer will not play the Australian Open.

Nadal and Djokovic played the longest Grand Slam final in history at the Australian Open in 2012. They also attempted to play men’s doubles in 2010, but their vastly different styles did not yield positive results when combined. 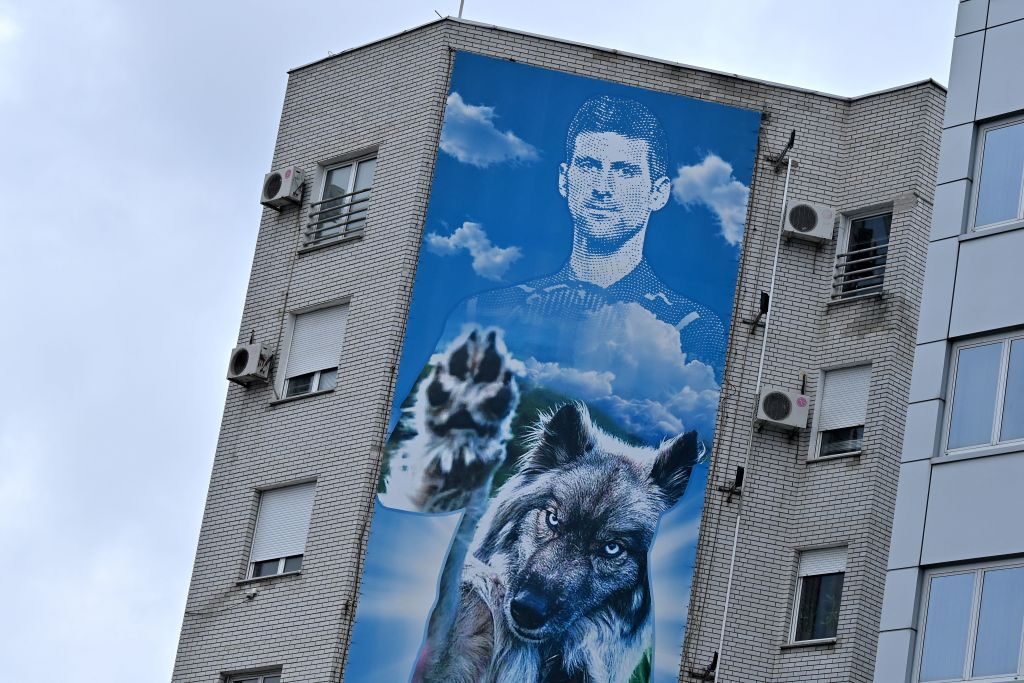 A photograph taken on January 6, 2022 shows a billboard depicting Serbian tennis player Novak Djokovic displayed on the facade of a building, above his restaurant, in Belgrade. (ANDREJ ISAKOVIC/AFP via Getty Images)

“He’s definitely my greatest rival. Playing him in so many great matches, the past will have some effect in terms of respect towards each other and motivation to get out there and play your best,” Djokovic said of Nadal last year. “I’ve played him more than any other player in my career.”

Rumors have circulated for years of personal tensions between the two – mostly thanks to uncle Toni – but have not resulted in any significant public discord – excepting, of course, Nadal’s comments this week.

While Nadal has not address the positive effect on his chances to win that Djokovic’s absence in the tournament would have, other players have been frank about the situation.

Medvedev remarked regarding the vaccine situation that it was not clear to him from public knowledge that Djokovic had not abided by the rules of applying for an exemption.

NEWYou can now listen to Fox News articles! James "Whitey" Bulger's nephew, Jim Bulger, was a business associate of Hunter Biden, and according to emails obtained and reviewed by Fox News Digital, appears to have played a key role in a number of his Chinese business ventures. Whitey Bulger was a...

New York police confirm Brooklyn shooter was wearing ‘green construction-type vest’Police have named Frank R James as a person of interest in the Brooklyn subway shooting that left 10 people shot and another 19 injured.The security of New York mayor Eric Adams has been upgraded after disturbing videos emerged of...

War in Ukraine 'far from over', says Joe BidenPresident Joe Biden announced new gun regulations on Monday to rein in so-called “ghost guns” – privately made firearms without serial numbers that have been used in several high-profile violent crimes.Mr Biden also nominated Steve Dettlebach, an Obama-era US attorney, to run...