Ruth was born in Quincy, Illinois, as the youngest child of John Benjamin (J.B.) and Ella Gertrude (née Folkrod) Murphy. Ruth spent her entire childhood in Quincy, growing up alongside her five older siblings: Ida, Alice, John, Mary and Paul. At Quincy High School, Class of 1946, “Murph” was class Treasurer, a cheerleader, captain of the girls’ volleyball team, and member of the rifle club with a pro-marksman rating. She was also the winner of the Daughters of the American Revolution (D.A.R.) award as an outstanding example of character qualities in a female high school youth.

Ruth attended MacMurray College (Jacksonville, IL) her freshman year, then completed college at the University of Illinois (Champaign) in 1950. She majored in Education and obtained a teaching certificate. During her professional career, she taught elementary grades for three years in Springfield and La Grange, Illinois. She also worked as a realtor in suburban Chicago, Illinois.

From 1951 to 1973, Ruth was married to William B. Davenport, an attorney practicing in Chicago, Illinois. Bill and Ruth raised their two children, David (1954) and Ann (1956) in the La Grange, Illinois area. Divorced, and with her children grown, Ruth moved to the Acacia townhome community in Indian Head Park, Illinois, where she resided for over forty years. In 2016 she moved for care to Plymouth Place, in La Grange Park, Illinois. In May, 2018, Ruth was relocated for assisted living to San Diego, California, to provide immediate care oversight by family. She lived her final years comfortably.

Ruth had a lifelong interest in education, music, fabric crafts, and spiritual pursuits. In addition to teaching primary grades, she was also a certified yoga instructor. In the area of music, Ruth studied the piano and violin as a youth, and added the classical guitar in her middle age years. She was involved in many meaningful folk guitar groups and enjoyed teaching others to play. Ruth enjoyed sewing in her younger life, and was still enjoying knitting into her senior years. In religious pursuits, Ruth was active with various denominations. Ruth was christened and remained a member of the Vermont Street United Methodist Church (Quincy) into young adulthood. Her adult years were spent mostly in the Congregational Church (United Church of Christ), both in Western Springs and Indian Head Park, Illinois. Ruth was also interested in Eastern religions.

Ruth enjoyed travel. She toured Western Europe on one trip, and her beloved Ireland on another. She was always proud of her Irish roots.

Ruth is survived by her son, David (wife Lisa) and their two children (Grant and Tara)-all reside in Bakersfield, California. Ruth is survived by her daughter, Ann and family. Ruth is also survived by one sister-in-law, Lucille (Drakesmith) Murphy, of Iowa City, Iowa. Other survivors include numerous nieces, nephews, their children and grandchildren. Her brothers and sisters all pre-deceased her.

A memorial service will be held at the Lyonsville Congregational Church, in Indian Head Park, Illinois on Sunday, September 25, 2022 at 3:00 PM. Interment will be in Quincy, Illinois, at the Ellington Home Cemetery, adjacent to the Ellington Memorial Presbyterian Church, on Tuesday, September 27, 2022, at 10:30 AM.

Ruth would wish all this Irish blessing: May the sun shine warm upon your face, the rains fall soft upon your fields, and, until we meet again, may God hold you in the palm of His hand. 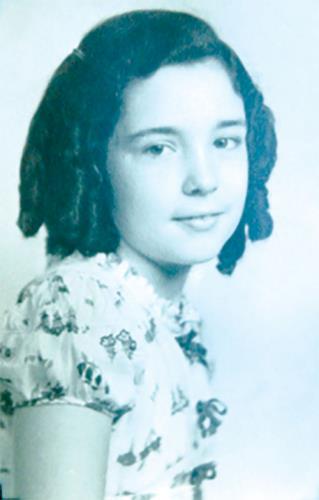 To plant trees in memory, please visit the

No Arrest Made In Gippers Double Homicide

Two men from Joliet were shot and killed in an outside pavilion area at Gippers Sports Club and Eatery in the 8400 block of East Pine Bluff Road around 12:30 a.m. on Saturday, September 24th.Grundy County Coroner John Callahan said 33-year-old Darius Travis and 25-year-old Dameonta Terry-Travis were pronounced dead...

An investigation is underway after a shooting on Sunday morning in unincorporated Coal City left two people dead. It was just before 12:30 am that deputies with the Grundy County Sheriff’s Officer were called to Gippers Sports Club and Eatery on E. Pine Bluff Road for shots fired. Upon arrival,...