“I’ve no doubt that Trump would negotiate with those documents, and God knows what else to Putin” says a Valley veteran of the Gulf War 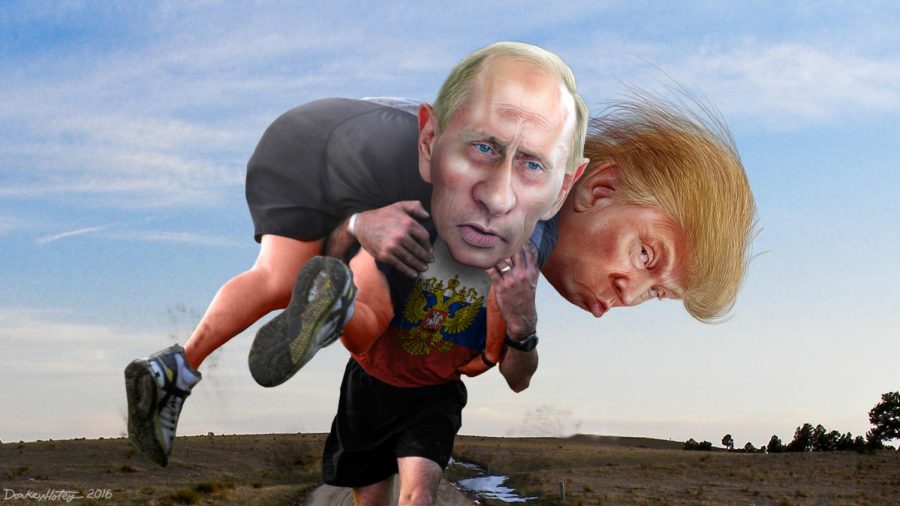 In the midst of an ongoing investigation into Donald Trump’s removal of classified documents from the White House—records that were seized by the FBI at his Florida estate, Mar-a-Lago—Trump can be seen in a video praising Russian President, Vladimir Putin as, “fierce” and “smart and applauding China’s leader, Xi Jinping for ruling with an “iron fist.”

While Donald Trump praises Putin as “fierce” and “smart”—Russian owned television commentators continue to laud Donald Trump—one anchor even calling Trump, “beloved” and “our candidate”—and all this off the back of Trump’s most recent public praise of Putin.

Many Americans are beginning to ask…why all the praise for a dictator who invaded a sovereign country—including some Arizonans that spoke to Northeast Valley News outside of the Scottsdale Civic Center and two west valley locations.

Two Arizona veterans believe that Trump has had criminal motives with the removal of the classified documents—all along.

“I’ve no doubt that Trump would negotiate with those documents, and God knows what else, to Putin,” said Ron Manor, a veteran of the Gulf war.

Tim Welch, a 66-year old Valley native and a US Army veteran who lives in Glendale, proudly told Northeast Valley News about his service in the Army as well as his Army Commendation Medal for Meritorious Service—Welch explained when asked what he thought the motivation might have been behind Trump removing classified documents from the White House.

“No question in my mind that he took them for future financial gain. Either from Putin/Russia and or N. Korea and China. Should be treated as the treasonous act that it is,” Welch said.

Trump also praised Chinese leader Xi Jinping. Xi has been accused by Human Rights Watch of an increase in censorship, mass surveillance and a “broad and sustained offensive on human rights” since he became leader in 2012.

The Russian anchor footage referring to Trump as “beloved” according to Newsweek, was “collated and posted online with English translations by Daily Beast columnist, Julia Davis, who created the Media Monitor watchdog, her Twitter bio says she has been hit by sanctions from Russia, and posts, “I watch Russian state TV, so you don’t have to.”

So far, Trump has completely avoided condemning Putin publicly—even after the Russian’s leader invasion of Ukraine—and his praise of Putin continued into the early Sept. rally in Wilkes-Barre, Pennsylvania.

Trump has called Putin’s strategy “genius”, a statement that resulted in backlash.

And even in the midst of an investigation after the FBI raid on Trump’s Mar-a-Lago estate, Mr. Trump continues to praise both Putin and Xi Jinping of China.

And Putin has “launched an unprovoked invasion of Ukraine, and reportedly, a formal International Criminal Court investigation is underway to determine if Russia has committed war crimes during the war.

During Trump’s speech in Pennsylvania he publicly complained about the FBI’s Mar-a-Lago raid.

Multiple national news segments from Sinclair Broadcast Group have portrayed migrant flights arranged by Florida Republican Gov. Ron DeSantis as a needed measure to solve immigration problems, while leaving out crucial information about how the effort mistreated these migrants and about Republicans’ longrunning sabotage of new immigration laws. In mid-September,...

BISMARCK — North Dakota Attorney General Drew Wrigley, then serving as a federal prosecutor, allegedly advocated for a "last ditch effort" to demand vote recounts in contested states after the 2020 election, according to a new book about the lead-up to the Jan. 6, 2021, attack on the U.S. Capitol....

In Boost To Trump, Appeals Court Opens Door To DOJ Shielding Him In Defamation Lawsuit

(CNN) — A federal appeals court on Tuesday opened the door to allowing the Justice Department to shield former President Donald Trump for his conduct while president in a defamation lawsuit brought by columnist E. Jean Carroll. That question — if Trump can be held personally responsible in Carroll’s defamation case — will...