The NBC 5 Storm Team has been tracking the threat of a significant winter storm that is expected to cause serious travel issues and heavy snowfall across northern Illinois and northwest Indiana this week, and we’re getting a better idea of how much snow could fall.

The hardest-hit areas will likely be in Chicago’s southern suburbs and in northwest Indiana, with more than a foot of snow possible in some locations, but the city of Chicago could see some significant snowfall as well, according to the latest model runs.

What follows are projections from the Global High-Res Atmospheric Forecast (GRAF) and the High Resolution Rapid Refresh (HRRR) forecast models, updated as of 11 p.m.

Here are the projections for the far northern suburbs:

The northern suburbs that are away from Lake Michigan will remain largely unscathed, but some pretty significant revisions have been made to the original forecast.

Areas like Elgin, which were originally expecting only an inch or two of snow, could see anywhere from 4-to-6 inches of snow, according to the newest model runs. 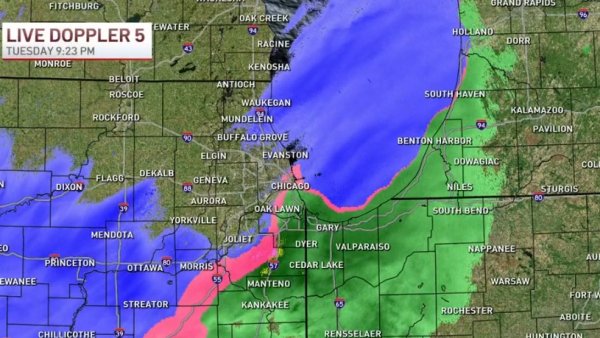 Lake enhancement is also growing in likelihood in areas close to Lake Michigan, including in Winnetka, where forecasts have been revised from predicting four inches of snow to potentially more than a foot.

Other suburbs, including Northbrook and Highland Park, could see similar totals.

Here are the projections for the city of Chicago, as well as many western suburbs:

More so than any other location, there is serious disagreement between the GRAF and HRRR forecasts for the city of Chicago and for areas in the western suburbs.

Other areas, including Naperville, Palos Park and Oak Lawn, are showing similar discrepancies, with models disagreeing on how much lake enhancement could occur with the snow that will already be falling from the storm as it moves into the region.

The one thing the two models agree on is that snowfall totals have been revised upwards in recent hours.

Here are projections for southern suburbs:

This part of the area is likely to be hit hard with snow, and modeling has consistently pointed to a foot or more of snow falling in some locations here.

The two models largely agree with what areas in the south suburbs could see, and also largely reflect earlier models that shows more than a foot of snow falling in parts of southern Cook County, as well as all of Will County.

Here are the latest projections for northwest Indiana and Kankakee County:

Kankakee County and most of northwest Indiana will also remain under a winter storm warning through Thursday evening, with more than a foot of snow possible in some locations.

Valparaiso could see 12-to-15 inches of snow, along with Hebron.

The totals took a very slight dip in the latest round of projections, according to forecast models.